As part of my ongoing marketing project with David Granger Architectural Design, I was asked to design signage and a new logo for the Old Cottage Hospital in Ashby de la Zouch. The building was being renovated to act as David Granger Design’s new home, with rented office space on the first floor being made available to small local businesses.

The design for the logo and the typeface used were inspired by the era when the building was in its heyday as a community hospital, in the 1920s. The logo includes a stylised version of the front fascia above the entrance doors.

The outdoor signage is a three-sided totem which includes the branding for the building, the main logo for David Granger Design, as well as removable name indicators for the tenant on the first floor. There is room for more names as the offices are let. 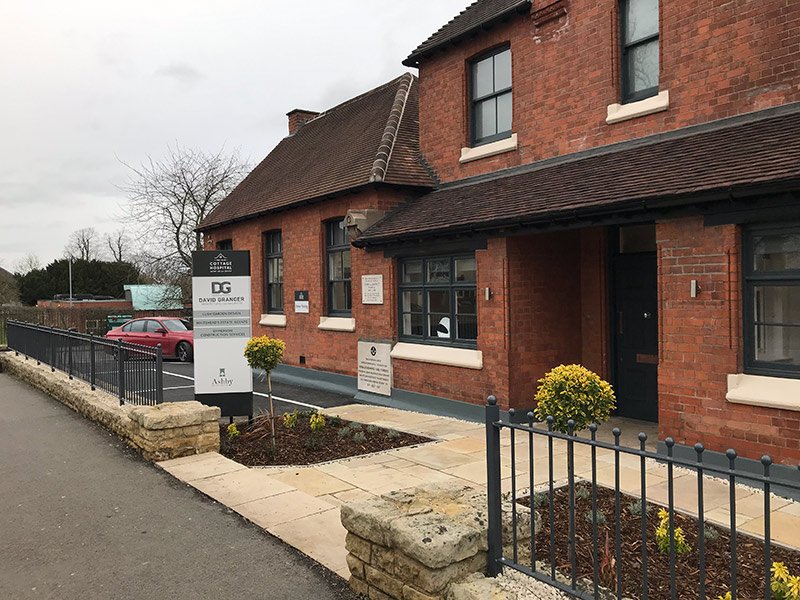 If you have a branding project coming up, give me a call to see how I can help.